There are text and picture links in this post that are affiliate links. That means that, if you click and buy from eBay or Amazon, I get a little cash in return.

Some GeoTrax sets are especially suited to the holidays of Easter and Christmas.

Christmas is the more popular of the two in that there are more sets that contain a Christmas theme.

See what is available in the list and descriptions below.

Woohoo and Opie at Easter

The first of two Target exclusives for Easter is set P6360, the Easter Gift Set (#1).

It includes these pieces.​

Sally and Friends at Easter

The full set includes these pieces.​

Fisher Price produced five GeoTrax sets with a Christmas theme. Four of these include a Santa Claus miniature figure (minifig) like the one shown here.

It’s a little unfortunate that they couldn’t come up with five unique names for these Christmas train sets, calling the first two of them both “Holiday Train Set

“. Maybe that was the fault of Toys R Us, seeing as how both were exclusives to that chain.

All of these sets are beautifully designed. Some include gift boxes and North Pole signs. Some have track that appears to be dusted with snow. Evergreen trees may be decorated with string of colored lights. Red and green, the traditional colors of the season, abound.

In one set, Santa gets together with Knight (instead of Sir John) to create the Merriest Team. In another, the Easy Rail Station transforms into Santa’s Workshop. Santa even gets an elf to assist him in that same set.

The most elaborate GeoTrax Christmas train set is probably Christmas in ToyTown. You get a bridge that plays Christmas carols, a skating pond, gingerbread men, toy soldiers, and more to set the holiday mood.

Listed below are some of the available Christmas sets. Clicking the main picture or a nearby link will take you to Amazon or eBay so you can check on pricing.

(R8248) set the color standard as shown – green track, blue gift, yellow gate, and basically red train. That said, this set may have originated at the same time as Set #2 below. Perhaps Fisher Price just wanted to give shoppers more than one option. (See more possibilities and details below.)

A complete set includes the following.

The train engine in this second Holiday Train set

(R8249) is green with red trim which is the reverse of set R8248. The design itself is the same. The track, gate, and gift box changed colors as well.

It seems that both of these first two Christmas sets were released in 2009. Perhaps this second set was produced for those who celebrate the holidays but don’t want to involve Santa Claus.

A complete set includes these items.

This is the one holiday train set that doesn’t include Santa. Instead you get a forester.

Santa Joins Knight at Christmas to Create the Merriest Team

To make the Holiday Express Train

(T1350), the designers repurposed the Knight train putting a snowflake symbol on the front of the engine and the sides of the cars. Instead of including Sir John, Santa Claus takes his place at the helm.

The two cars being pulled by the Knight engine are still a dining car and a sleeping car, as in the original set.

This set too was released in 2009. It was discontinued in 2010 when new Christmas sets were produced.

A Holiday Express set with all the pieces includes the following.

Find the Holiday Express at Amazon.

The GeoTrax Christmas sets above are the only ones I have access to as of this writing. I will update this article as additional sets become available.

These are the other holiday sets that Fisher Price produced for the GeoTrax world.

Both of these are really starter sets. Christmas Railway is a repurposed Timbertown set.

The last set, Christmas is Toytown, is very cool, especially against a green carpet. I’ll give a brief description of it here just because of the holiday theme.

It’s main features are a skating pond, a bridge that plays holiday music, an engine with 3 cars, an easy rail station, 16 pieces of tracks, and several movable figures.

As you can see, much of the track is snow-dusted, and on top of all that, just about everything lights up.

Check the pricing and availability of the Christmas in Toytown set at Amazon.

There are links in the post above that take you to eBay or Amazon. If you click them and buy something there, I get some cash (not much) in return. 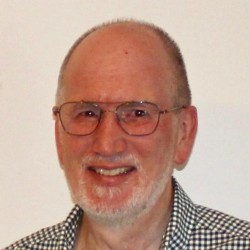 Gary Sonnenberg
Gary is really just a big (old) kid who still likes playing with toys and games. GeoTrax are just one of the toys he knows inside and out.

Gary is really just a big (old) kid who still likes playing with toys and games. GeoTrax are just one of the toys he knows inside and out. View all posts by Gary Sonnenberg

Click here to check out the Ron Paul curriculum today!

Click here to get an Amazon FreeTime Unlimited Free Trial especially for kids.

This website uses cookies to improve your experience while you navigate through the website. Out of these cookies, the cookies that are categorized as necessary are stored on your browser as they are essential for the working of basic functionalities of the website. We also use third-party cookies that help us analyze and understand how you use this website. These cookies will be stored in your browser only with your consent. You also have the option to opt-out of these cookies. But opting out of some of these cookies may have an effect on your browsing experience.
Necessary Always Enabled
Necessary cookies are absolutely essential for the website to function properly. This category only includes cookies that ensures basic functionalities and security features of the website. These cookies do not store any personal information.
Non-necessary
Any cookies that may not be particularly necessary for the website to function and is used specifically to collect user personal data via analytics, ads, other embedded contents are termed as non-necessary cookies. It is mandatory to procure user consent prior to running these cookies on your website.
SAVE & ACCEPT